How to Reduce Wrinkles, Acne and Hyperpigmentation naturally!

Home » Blog » How to Reduce Wrinkles, Acne and Hyperpigmentation naturally!

There is a new kid on the block, a super impressive plant based Vitamin A that is even safe with pregnancy and breast feeding (unlike retinol products on the market) and this one is not even photosensitive. We would like to introduce you to Bakuchiol (pronounced buh-koo-chee-all), recently proven in a double blind randomized trial to be as effective as retinol for wrinkle reduction and hyperpigmentation but without the nasty side effects of retinol. Acne sufferers can also benefit greatly from this beautiful herb. Bakuchiol is found mainly in the seeds of the babchi plant from India, and has recently been shown to have a number of antioxidant and anti-inflammatory properties.

The recent research study as mentioned above, published in the British Journal of Dermatology, found that Bakuchiol and retinol both significantly decrease wrinkle surface and hyperpigmentation with results most marked after a full 12 weeks, however greater results for the reduction of hyperpigmentation were found in the Bakuchiol group. In regards to hyperpigmentation, improvements were in both intensity of the colour and size of the area. The retinol users reported the side effects of skin scaling and stinging. These findings are great news for a plant based Vitamin A! The conclusion of this study noted that Bakuchiol is very promising as an effective anti-ageing treatment with minimal side effects. Unlike retinol, it can also really soothe irritated skin.

For centuries, botanicals have been used to treat various ailments and are well known even now. Botanically derived phytochemicals and compounds are used widely in the cosmeceuticals industry as an alternative to potentially toxic ingredients.

Vitamin A is well-know to combat acne, not only as a supplement but also as a cosmeceutical. It can tackle acne by multiple pathways. Firstly as an anti-inflammatory to help calm and soothe, secondly as an anti-bacterial keeping P.acnes bacteria, the common cause of acne, at bay. It also appears to have an effect on the sebaceous glands preventing congested and overly oily skin.

Melanin Stimulating Hormone (MSH) and tyrasinase (an enzyme) are the main creators of skin pigmentation. Vitamin A including retinol is used to limit the action of these however retinoids can cause post-inflammatory hyperpigmentation particular in people with darker skin types mostly with overuse. Here is another great positive for using Bakuchiol. This product can also be used day and night as it does not make you more susceptible to sun damage like retinol can.

The market for over-the-counter anti-ageing products is increasing, and so is the desire for retinoid-like product, but with limited amount of side-effects.

Chronic sun exposure and ageing causes the skin to thin creating a loss of elasticity and therefore the development of wrinkles, uneven pigmentation and uneven skin texture. Topical retinols have been used as an effective preventative and therapeutic intervention, however it can have significant skin side effects which are well documented and can include redness, itching, burning and increased sensitivity. Bakuchiol can finally provide a far gentler alternative for a topical skin treatment with a similar performance in addressing ageing. Its action is to slow down the breakdown and increase the production of collagen and elastin, part of our extracellular matrix, the scaffolding of our skin. It is this matrix that is required for a plumper, lifted and youthful complexion.

Available from Renude Laser for an ultimate rejuvenation skin care treatment that can really pack a punch. The beautiful serum we stock also contains a new generation of bio available Vitamin C, another key UV exposure protector and collagen stimulator (twice as effective as ascorbic acid) and functions in inhibiting pigment formation. With the addition of Coenzyme Q10, a powerful antioxidant that helps in the prevention of breakdown of collagen and elastin fibres and the beautiful Buriti, Carrot seed and Sea buckthorn oils, the source of beta carotene, a Vitamin A precursor plus Helichrysum and Neroli for further regeneration and restoration of skin. What is not to love! 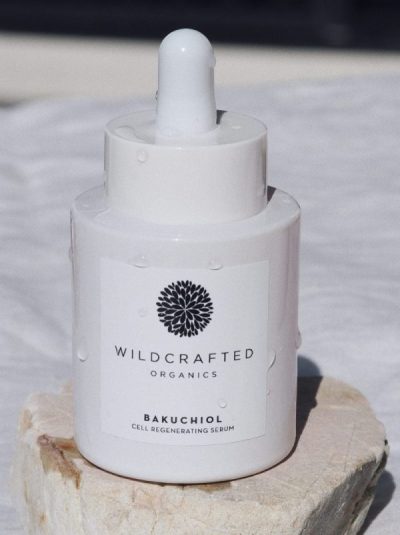 Renude Laser believes in natural effective skin care without the toxins. With the highest powered Picolaser on the planet, the first in the world to be able to treat all skin types, we can provide real results that last.